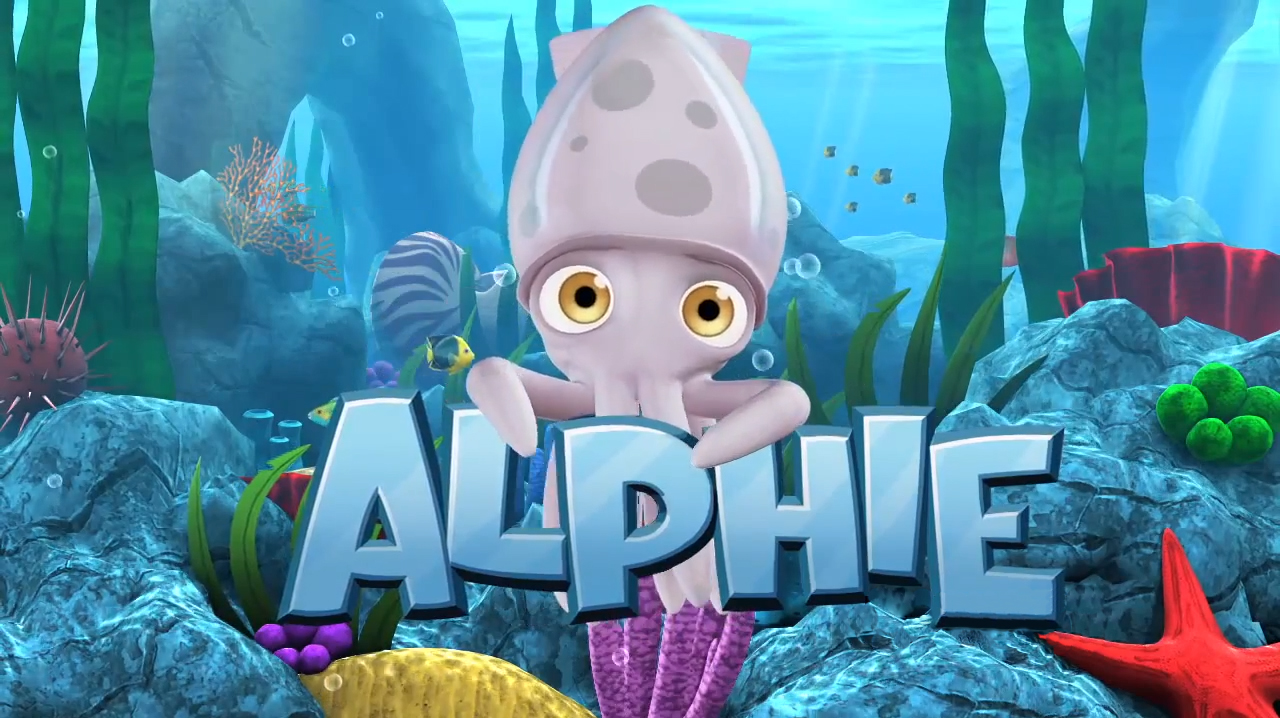 San Francisco, CA – July 10, 2013 — Alphie, a new mobile game that takes players on a plunge into the ocean, is set to launch on July 18th on iOS and on Android. This big-budget title is also the first foray into mobile game development for Crystal Entertainment, a film production company that formerly operated under the banner of Crystal Clear Productions.

In this unique ocean exploration adventure game players exercise the natural talents of giant squids: camouflage to hunt and avoid predators, ink to escape, and hypnotize prey, all the while venturing through the mysterious ocean world and discovering wondrous sea creatures. As his counterparts in nature, Alphie grows in appetite and speed to become one of the mightiest creatures of the sea.

Alphie distinguishes itself by its polished art, animation, and music as well as its fun reflex-based gameplay. With many immersive levels spanning multiple underwater environments, players navigate the mazes to explore the secrets of ocean life in tidal pools, coral reefs, and the depths of the ocean. A gallery, chalk full of fun facts, highlights the diversity of sea creatures in the game.

Alphie was created by Crystal Entertainment’s Christina Yao and Sibyl Chen, and co-developed with Vancouver- based studio A.C.R.O.N.Y.M. What started as a research project into the curious nature of giant squids quickly became a fully fleshed game concept about the intelligent, powerful and elusive creature.

The principals of Crystal Entertainment both came to the mobile gaming industry from the film world. Yao’s film, Empire of Silver, garnered international critical acclaim including 7 Best Picture or Best Foreign Language Picture awards. Chen was working in the Film Finance Group at Creative Artists Agency when she brokered the deal for the U.S. release of Empire of Silver. The two later partnered with Yao steering the company on the creative front and Chen handling business matters.

Featured as "Best New Game Update" in 110 countries on the App Store!